What are the global events that could affect your portfolio and your life?

Let's face it, the "news" isn't always delivered in a way that doesn't skew the view to it's own ends.

Here, we try to show you what really happening and why it matters, without the propaganda.

Why care about Ukraine and the Budapest Memorandum

Since 2014, when Russia annexed Crimea from Ukraine, the United States has provided Ukraine with $3 billion in reform and military assistance and $3 billion in loan guarantees. U.S. troops in western Ukraine train their Ukrainian colleagues. Washington, in concert with the European Union, has taken steps to isolate Moscow politically and imposed a series of economic and visa sanctions on Russia and Russians. 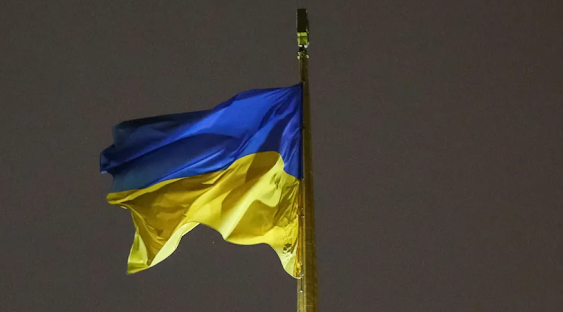 Why should the United States care so much about Ukraine, a country 5,000 miles away? A big part of the reason is that U.S. officials told the Ukrainians the United States would care when negotiating the Budapest Memorandum on security assurances, signed 25 years ago this week.

In the 1994 Budapest Memorandum, the United States, Russia, and Britain committed “to respect the independence and sovereignty and the existing borders of Ukraine” and “to refrain from the threat or use of force” against the country. Those assurances played a key role in persuading the Ukrainian government in Kyiv to give up what amounted to the world’s third largest nuclear arsenal, consisting of some 1,900 strategic nuclear warheads.

When the USSR broke up in late 1991, there were nuclear weapons scattered in the resulting post-Soviet states. The George H. W. Bush administration attached highest priority to ensuring this would not lead to an increase in the number of nuclear weapons states. Moreover, as it watched Yugoslavia break apart violently, the Bush administration worried that the Soviet collapse might also turn violent, raising the prospect of conflict among nuclear-armed states. Ensuring no increase in the number of nuclear weapons states meant that, in practice, only Russia would retain nuclear arms. The Clinton administration pursued the same goal. With the prospect of extending the Non-Proliferation Treaty indefinitely looming, an alternative course that allowed other post-Soviet states to keep nuclear weapons would have set a bad precedent.

Eliminating the strategic nuclear warheads, intercontinental ballistic missiles (ICBMs), and strategic bombers in Ukraine was a big deal for Washington. The ICBMs and bombers carried warheads of monstrous size of which, all were designed, built, and deployed to attack America. The warheads atop the SS-19 and SS-24 ICBMs in Ukraine had explosive yields of 400-550 kilotons each. That amounts to 27 to 37 times the size of the atomic bomb that devastated Hiroshima. The 1,900 strategic nuclear warheads, more than six times the number of nuclear warheads that China currently possesses, could have destroyed every U.S. city with a population of more than 50,000 three times over, with warheads left to spare.

Before agreeing to give up their nuclear arsenal, Kyiv sought three assurances.

Unfortunately, Russia has broken virtually all the commitments it undertook in that document.

It used military force to seize, and then illegally annex, Ukraine’s Crimean peninsula in early 2014. Russian and Russian proxy forces have waged war for more than five years in the eastern Ukrainian region of Donbas, claiming more than 13,000 lives and driving some two million people from their homes.

Some have argued that, since the United States did not invade Ukraine, it abided by its Budapest Memorandum commitments. This is true, in a narrow sense. However, when negotiating the security assurances, U.S. officials told their Ukrainian counterparts that, were Russia to violate them, the United States would take a strong interest and respond.

Washington did not promise unlimited support. The Budapest Memorandum contains security “assurances,” not “guarantees.” Guarantees would have implied a commitment of American military force, which NATO members have. U.S. officials made clear that was not on offer. Hence, assurances.

Beyond that, U.S. and Ukrainian officials did not discuss in detail how Washington might respond in the event of a Russian violation. That owed in part to then-Russian President Boris Yeltsin. He had his flaws, but he insisted that there be no revision of the boundaries separating the states that emerged from the Soviet collapse. Yeltsin respected Ukraine’s independence and territorial integrity. Vladimir Putin does not.

Washington should do this, because it said it would act if Russia violated the Budapest Memorandum. That was part of the price it paid in return for a drastic reduction in the nuclear threat to America. The United States should keep its word because Russia, especially under Putin, can never be trusted!

YOUR FINANCIAL SECURITY IS OUR BUSINESS!